Could you imagine to drive in a luxury car to the executive Airport to fly with your private Jet and attend a business meeting on the other side of the world? Having a glorious dinner with a business partner and being able to take care of the entire bill? Oh, I see you prefer to fly to your next event where you will be on stage. While hundreds of thousands are waiting to see you sing or dance? thousands of fans are looking forward to having a meet and greet with you?

That can be part of success but I will show you what success means to every individual person. It is more a principle than a description of success. to make sure you’ll receive a notification of my future posts please hit the follow button and leave a comment on what you think about the post. I would love to see different opinions 🙂 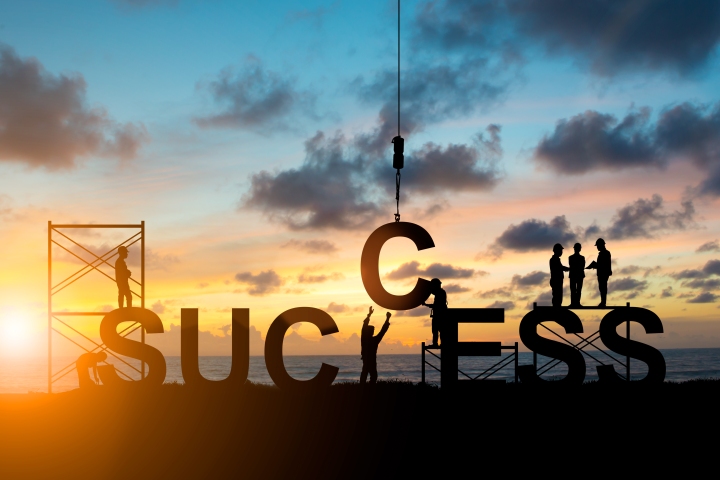 What success NOT is!

Before we say what success for all of us is I want to clarify what success not represents. I am certain you’ve heard about the term that money is not everything and that is partially true. Money does not represent success. Not even close! Let’s just pretend, you were born into riches, and the fact that you don’t know what to do with that kind of money shows that you are not able to call yourself successful. Let’s go away from money and hop on cars or other materialistic things. You might be able to drive a luxury car because someone you know has it. You will borrow it and show that you are able to drive it. Then, are you successful? My answer remains to be – NO. To give you a feeling way it’s not a success I’ll need to explain where success is coming from.

Where does success come from?

Based out of the literature, success comes from “come close after” out of Latin. But what does that mean for us and the new era of aiming for success? Let’s circle back onw more time. But this time you will have to take a look at your own life and your personal events you are able to remember. No matter in which country you’re in, you’ll be able to discover the truth of success.

Let’s see how long it will take you to see where I am going to.
You are reading my blog line after line. Now, I will hold on towards the principle and will, later on, I will translate it to the materialistic success.

You are reading line after line of this Blog and many other media forms during your day. How do you feel that you are capable to read? Nothing special I would’ve answered.
Fair enough, so let’s go back to the time when you’ve learned how to identify every individual letter. From A – Z and for other countries are obviously different letters available. So try to remember how you felt as soon as you could say that the Letter “N” is an “N”.
The feeling you’ve had was probably very exciting and amazing until you got introduced to the tests which created a requirement to use that skill. Your excitement started to fade and you got used to using that type of skill daily. And a few years later we forgot how we felt what it was like to understand what adults are saying or communicating with each other by using written words.

Success is the feeling we experience when an accomplishment occurs. For the good as well as for the bad. If you lose your excitement for something you lost the feeling of having success.

Your personal success is measurable!

Therefore, let’s dig into your personal success. By using the example of the world’s wealthiest men, Jeff Bezos. He had a job elsewhere and he got introduced to some charts that showed the prediction of the use of the internet. He saw a potential solution for a very common problem. Nobody thought there would be a problem until it became standard. His intention was to simplify the way of ordering. back then it was strictly through the phone or walk-in customers. He used the knowledge he acquired in his role at his job and started working towards the world-changing idea. It took him a few years to build the right amount of momentum but at the end. Around 50% of online orders go through Amazon. He successfully simplified the system of how humans were used to placing orders. He made it possible to make products accessible all around the world.

The side effect of his personal success is his wealth. Because of the number of people and how intensely he changed their lives. Essentially, his wealth didn’t matter at the beginning. he was glad to see that his thought and solution did solve the problem he was able to see. That fact built his feeling of success.

It is about the things you do that could have a positive impact on people. the bigger the impact the greater your success. Your wealth will adjust itself automatically.

In order to become successful, you definitely should not waste any time or money unwisely. Just take a look at the Post “Don’t slip in poverty to find success!” Let me know if I could make it understandable what success is and how you can generate your very own success story. Please help me to help other people so they are able to succeed in their life. Starting off with some small things and essentially creating the new solution for our human race. Thank you very much for stopping by and I will see you next time.

One thought on “How to define your personal Success”

This site uses Akismet to reduce spam. Learn how your comment data is processed.

” If The Sky Would Be The Limit, We Would Never Be Able To Land On The Moon ” – Niclas Haritos