Motivate and Encourage people to do their Thing

I recently talked to one of my colleagues. We went from how our job is doing to what we’ve planned for 2020. And I realized quickly. He doesn’t have extraordinary dreams. But what does that mean to his future life? 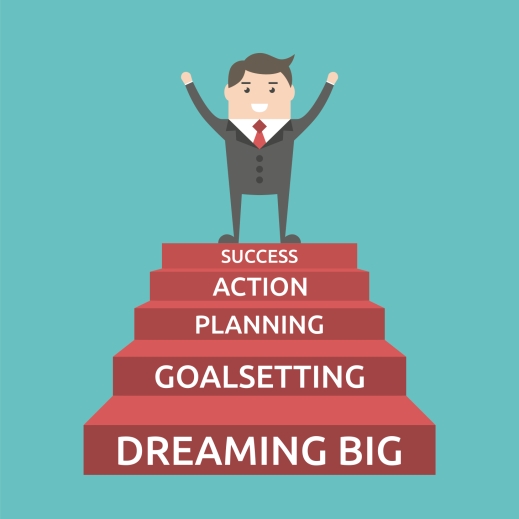 Everything that exists was once a dream

Everything you have, everything you are using, everything we are owing was once someone else’s dream. If you consider the difficulty of the time when those things became a reality. You will realize that those dreams where outrages and unreasonable. And still, it hasn’t changed the inventor’s mind.

You don’t need to have to change the world

Within the conversation, I was pointing out that dreams are fantastic because they give us access to potential goals we can own. And I gave him similar examples as of electricity, Light bulb, the car, Social Media, etc. And his response was quite interesting. “I don’t want to change the world. I don’t want to have such complex dreams in my mind.” Therefore I was quiet for a moment and tried to understand his point of view.

Now, Do I share his thought? No, certainly not. But I do respect his thought process and appreciate that he was honest with me.

So I backed up and asked him this. “If you had the chance to move to your dream destination and marry your girlfriend (which he is dating for almost five years), would you take it?” He responded: “Yes, but I can’t afford it!” I was speechless. So I took his words and tried to see how I can get him to tell me some more dreams he might have.

Before I did, though, I started telling him my dreams to eliminate one common hardship we have nowadays.

The avoidance of a dream because of someone’s opinion

The reason I haven’t dig more profound is that I wanted to see if he had a lack of confidence in his ideas. Therefore, I showed him my vast dreams I am going to achieve. Starting from a private jet to a luxury car that costs around $5 Million.

I am not scared of someone’s perspective that this goal is too unrealistic or too expensive.

When I started to have small dreams, i.e., I would work as a Master-Tech in Germany in a dealership. At that time, that would mean I would be the youngest in history. Even then, I had people who told me that it would be too big of a dream to have.

So, I adjusted my dream size to almost no dream at all until I realized that this wouldn’t be me. There is nothing worse than shrinking your dreams because of someone’s opinion on them.

The Sky is Not the Limit, but your mind is

When I was younger, I got taught that Sky is the limit. Yet, I think that is very limited based on our achievements with the human race. How many people already exceeded the Sky and got to the universe? I hope you understand the importance of the creativity of your mind. Someone has in their imagination that it will become a reality sooner or later because of his or her hard work towards it. The Sky is limited and is incorrect. Your mind is the only limit you will have. The bigger you can imagine, the higher your goals will look like at the end.

You choose which dream becomes your goal.

A dream is nothing but a thought. A goal is something you focus on to achieve. You always have the choice to call an idea a goal or not. It would be best if you accepted the responsibility that comes with the decision you’ve made. To pursue your goal, you will need to have a plan in place that you can follow through. Will the plan change? Absolutely! Will it be confusing and frustrating from time to time? It certainly will! Will, you quit after 3 attempts and multiple hardships? Heck NO!! Your goal is not adjustable, but your plan is!!

Take your dreams and turn them into goals

Let’s do something that gives you the power to convert them into goals.

Now, start dreaming and turn those into goals. Let us know what your dreams are and what you plan to change into goals.

This site uses Akismet to reduce spam. Learn how your comment data is processed.